Skip to content
Home Liquor Delivery in Vancouver After Hours when all stores are Closed How To Make Millions investing in Tulum, Mexico

Hi, I’m Graham Alexander, the founder of StayRunners and Real Estate Developer in Canada and Mexico. Now in 2003, wooing my sweetheart and proving to my soon-to-be father-in-law that I was worthy to provide. I took a trip from Coatzacoalcos Mexico on a bus with a knapsack with a change of clothes and a toothbrush.

I got to this tiny little town called Tulum. It had a bus station, a few restaurants, and some real estate agents that more looked like gangsters. They were ReMax agents and they took me on a dirt road and looked at some properties. None were beach properties. And I was disappointed until the head real estate guy said that he was going to drive me to the beach. Because there was one that could be had if the price was right. Well, I’ll never forget walking along the jungle path and at the end of the path, like Gilligan’s Island. I saw this:

So I picked up the sand. The real estate agents were waiting for my response. And I turned around and told the cowboy agents “let’s do this”. Now keeping in mind, I was just getting my Chilliwack project off the ground. And I was starting with nothing again. I was 32 and not much to show for it. The agents heard my accent and knew even though I looked Mexican. Then I didn’t sound like I was Mexican, that this guy must have money. We’ll that was far from it. But I told them I would take it.

The next day we tracked down the owner. He was in a bar. The agent yanked him out and told him he had a buyer and that was me. And he told me the price, $1 million pesos (the equivalent now of around $65,000 Canadian Dollars). Now I didn’t have a million pesos but I did have 500 pesos (130 dollars left over from the bus money). The seller thinking my knapsack was full of cash. I bought him a case of beer and we drove up to Playa Del Carmen to “sign the deal”. Well, I did sign and I made promises that I would come back from Canada with the loot, and held down a property for $65,000 with 50 dollar deposit which today is worth over $4 million dollars. So now where Rosa Negra is, its surrounded by beautiful hotels, like La Zebra, EL Pez, Nomade Be Tulum Ana Jose the Nest and restaurants and bars like Gitanos and Hartwood

Now like anything, the convincing part is always your gut instinct. I saw the beach. Yes, there was nobody or nothing close, but I felt that one day it would be a sensational place. So I took the risk and invested.

Today Tulum is not what I use to be. Yes, it has so much vibe, and of course. The value of the properties will go up, but one must look to how Tulum was before all the commotion. The main reason I invested in Tulum rather than playa is playa del carmen was out of my reach at the time, and as it is today for many.

Look further south, for instance Muyil. Muyil is a quit place, has a small town, with a mayan village, its only 15 minutes from tulum, but you have all the nature that Tulum once had, such as a butterfly sanctuary, monkeys in the trees, jaguars, and all the stars in the sky. An International airport is planned so Muyil is not as far as one can imagine. Muyil also has the lagoon, which connects to Tulum, and now as an Oxxo! all pointing to a good investment in Muyil. The key to the game is always to buy low and sell high. And now, with logistic companies like my company StayRunners, all the services you can have VIP at your fingertips.

Liquor Delivery in Vancouver After Hours when all stores are Closed

TRUST AND HAVE FAITH IN THE PROCESS

In your life, you may be doing something or anything that at some point along the process you may feel that it’s pointless and then stop and… 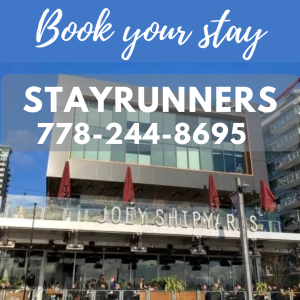 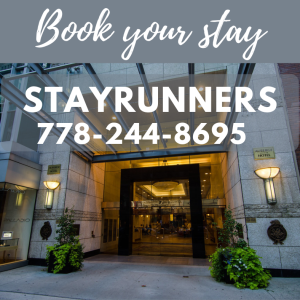